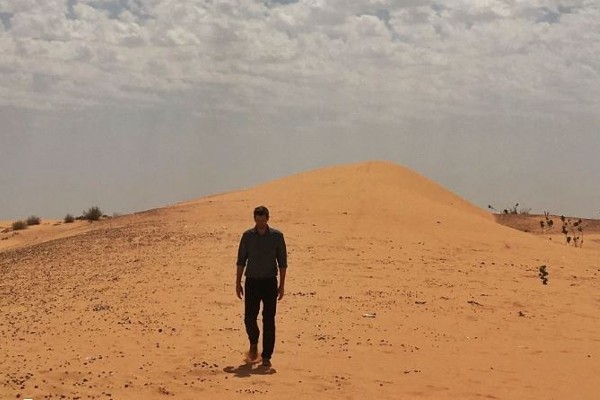 Bram Vermeulen will give a presentation about the VPRO travel series Sahara that begins on 25 November. In five episodes, he crosses the desert from West to East. Bram Vermeulen will talk about this new TV series and about his experiences in Africa during the making of this series. For centuries, colonizers passed through the Sahara. The largest sand desert on earth was too hot and too impenetrable. Now, Europe appears to have moved its southern border to the Sahara in a bid to combat migration and terrorism. What do the inhabitants of the Sahara think about this intrusion? In the new five-part VPRO travel series Sahara, Bram Vermeulen crosses the desert from West to East, from the Atlantic Ocean to the Red Sea. He experiences the heat, the dangers of encroaching jihadism and meets residents of one of the most inhospitable regions on earth. The presentation will be followed by a Q&A. Please register. Language: English