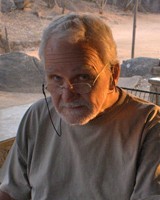 Despite a growing demand for sound, evidence-based development strategies, one-time, cross-sectional studies and summary post-implementation reports continue to predominate in development interventions. Nowhere are the deficiencies of these approaches more apparent than in evaluating interventions where positive outcomes are premised upon far-reaching changes in economic activities and lifestyles over time. Land reform and resettlement exemplify interventions that can only be realistically appraised through repeated or continuous examination over both space and time. This conclusion is based upon a 32-year study of Zimbabwe’s original land reform program, launched in 1980.

Zimbabwe has experienced two major – and markedly different – phases in its land reform efforts. The first was carefully planned and implemented with support from a broad group of international donor agencies; the second, which began in 2000, was motivated primarily by political considerations and was implemented in a chaotic and non-transparent fashion that has done severe damage to the economy and harmed international relations.

This seminar addresses long-term outcomes from the first phase of Zimbabwe’s land reform. Particular attention is given to contrasts in spatial dimensions – between the areas of origin of those who were resettled and their new homes in the land-reform areas. A parallel emphasis is the conclusions that arise from short-term observations regarding economic and social outcomes and the contradictions that arise from longer-term viewpoints. It concludes with an overview of what can be expected in terms of rural poverty alleviation from African land-reform interventions.