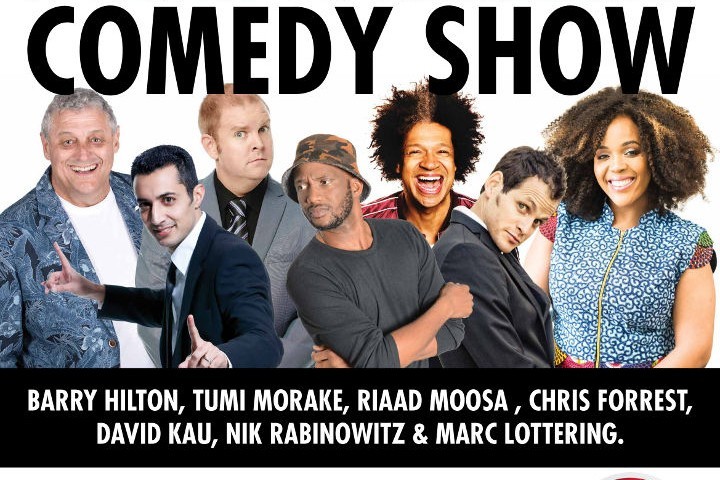 Seven of South Africa’s best comics re-unite on stage for one night only in the unforgettable Nelson Mandela Centenary 2018: A Night to Remember Comedy Show which takes place on Friday, August 24, at the Teatro at Montecasino. Produced by Real Concerts on behalf of the Nelson Mandela Foundation, the event brings together Barry Hilton, Chris Forrest, David Kau, Marc Lottering, Nik Rabinowitz, Riaad Moosa and Tumi Morake. All appeared together in the hugely successful and ground-breaking 46664 It's No Joke nearly a decade ago. The MC for the evening will be Whackhead Simpson. (The 46664 campaign took its name from Mandela's Robben Island prison number; he was prisoner number 466, incarcerated in 1964). 2018 marks the centenary of the birth of Nelson Mandela who was born on July 18, 1918. Throughout the year, the Nelson Mandela Foundation – established by Mandela in 1999 after he stepped down as President of South Africa – will promote his legacy through a series of events and engagements. All proceeds from A Night to Remember Comedy Show will go to the Nelson Mandela Foundation.