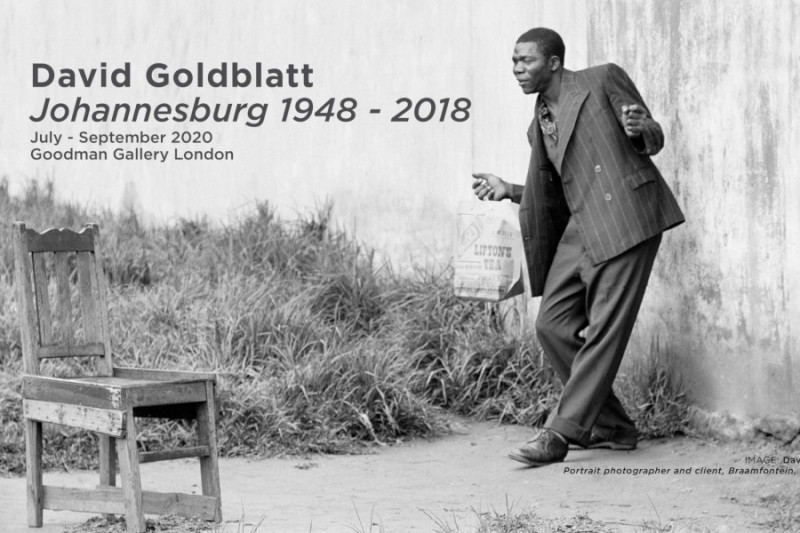 Goodman Gallery presents Johannesburg 1948 - 2018, the acclaimed South African photographer David Goldblatt's first major solo exhibition in London since 1986. Renowned for a lifetime of photography exploring his home country, Goldblatt produced an unparalleled body of work within the city of Johannesburg, where he lived for 50 years. The exhibition maps Goldblatt's evolution of work in a city divided by structural racism and subject to waves of trauma and resistance. Goldblatt was engaged in the conditions of society - the values by which people lived - rather than the climactic outcomes of those conditions. He intended to discover and probe these values through the medium of photography. "Johannesburg", Goldblatt wrote, "is not an easy city to love. From its beginnings as a mining camp in 1886, whites did not want brown and black people living among or near them and over the years pushed them further and further from the city and its white suburbs. Like the city itself, my thoughts and feelings about Joburg are fragmented. I can't easily bring a vision or a coherent bundle of ideas to mind and say,  "That's Joburg for me. " Over the years I have photographed a wide range of subjects, each was almost self-contained, a fragment of a whole that I've never quite grasped.”