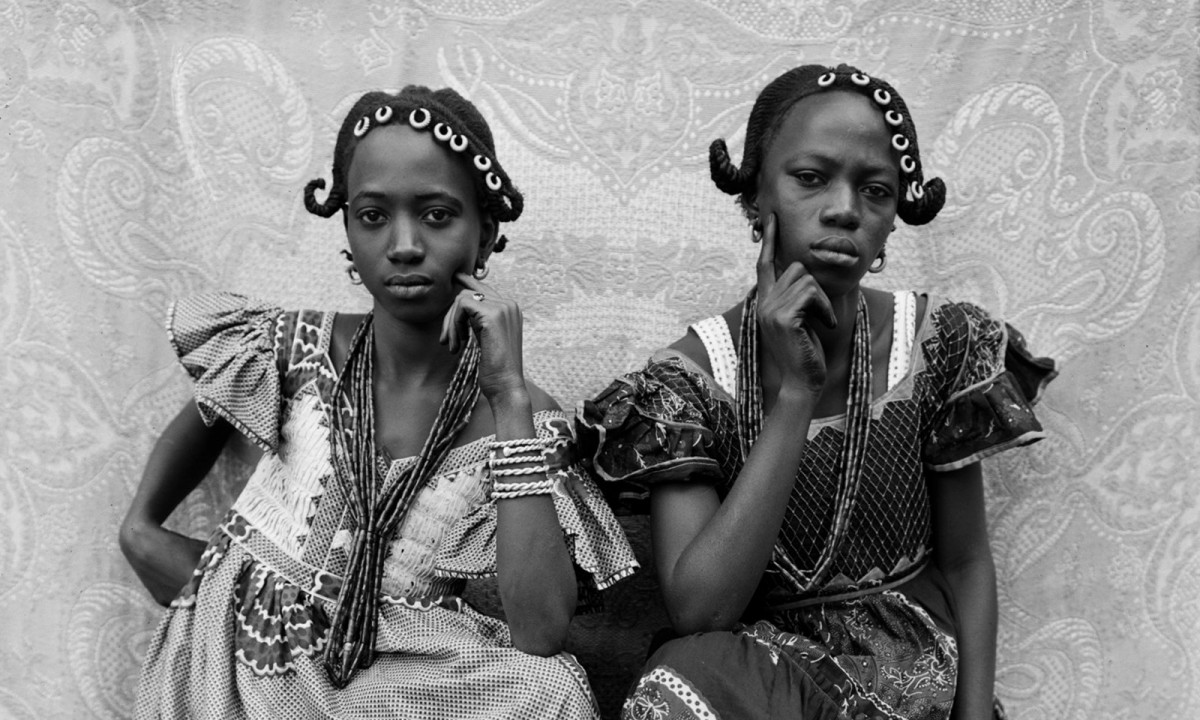 People visited Keïta’s studio to have their picture taken at their best: wearing extravagant dresses made from wonderful textiles with splendidly formed headdresses, or posing in a modern Western suit with a bow tie, leaning against a motorcycle, or with a radio tucked under their arm. His oeuvre reflects a portrait of an era that captures Bamako’s transition from a cosmopolitan city in a French colony to the proud capital of independent Mali.