The Mirror in the Ground: archaeology, photography and the making of an African disciplinary archive 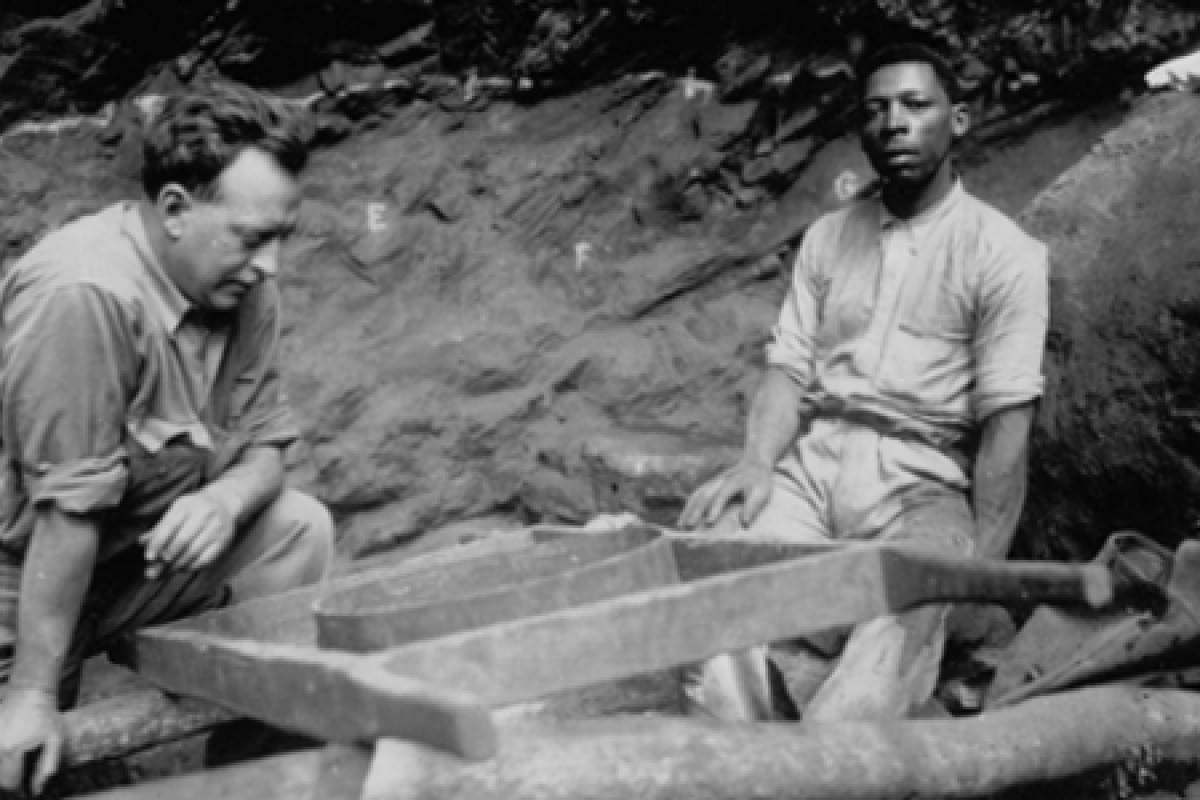 The Mirror in the Ground is a curated book of twelve short visual essays, drawing on photographs from the collection of John Goodwin, the South African archaeologist. Goodwin was a formative figure in the founding of South African (and African) archaeology. The collection relating to his life and work consists of manuscripts and typescripts, field notebooks, a voluminous correspondence, and so on. It also consists of thousands of photographic prints, negatives and glass plates. The photographs speak of a number of significant themes in the founding and "disciplining" of archaeology as a knowledge project in the first half of the twentieth century. These include the role of fieldwork and the emergence of a conception of the archaeological field, the role of so-called "native" labour in archaeology, the emergence of an enthusiastic amateur constituency, the evolution of fieldwork techniques, and so on. In examining the conjunction between archaeology and photography, I am particularly interested in the role of the visual imagination in the making of the discipline. More generally, I am interested in exploring what it means to approach intellectual history through the photographic image.