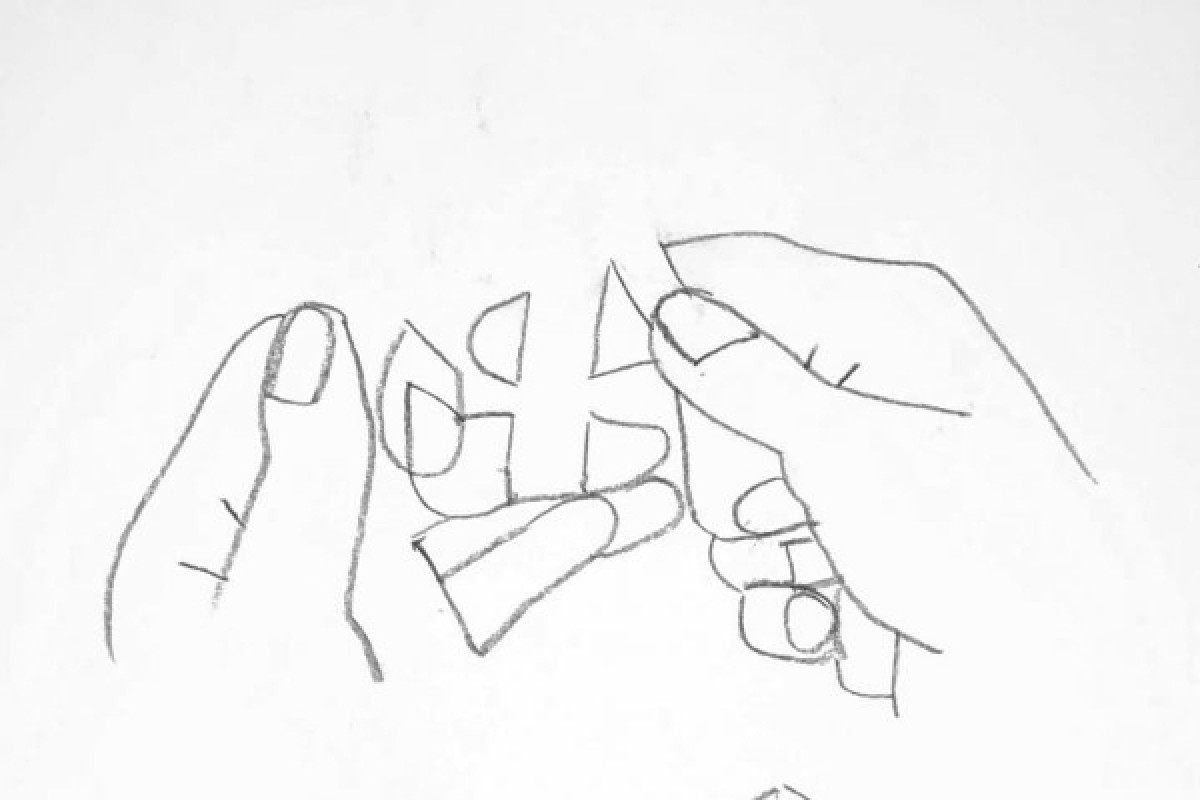 Curated by Koen Doodeman. Bundling hair relaxes as much as not bundling hair. However, there’s a difference between combing your fingers through loose hair and sliding them over a tight braid: whether you are inside the hair, surrounded by it, held in its atmosphere; or standing outside, cut off from it – the hair is an object. A matter of perception, a matter of style. It is the process of bundling loose hair and the way that you do it that gives a hairstyle its power. The ‘way that you do it’ is a core element in this show. Take as an example the three-strand braid: whilst intricate, it is very easy to do once you get the hang of it – you forget quickly that you are plaiting at all. The result can differ depending on the way in which you interweave the strands during the braiding process. A Dutch braid (vlecht), for example, is an inversion of the French (tresse); vlecht is above the hair instead of beneath as the French do it. But in both instances the length of hair dictates the duration of repetition, the hair directs the style. A perception of matter. Dominique Zinkpè (1969, BJ) is a painter and sculptor from Benin, Africa. His work is influenced by the country’s rich history and his immediate African surroundings. Many of Zinkpè’s sculptures consist of assemblages of carved wooden Ibeji dolls. These personages combine an animalistic and natural appearance with human characteristics. Zinkpè was awarded the Prix Jeune Talent Africa in 1993 and won the Prix Umeoa at the 2002 Dakar Biennale. The other exhibted artists are: Hadassah Emmerich (1974, NL) & Tobias Hantmann (1976, DE)