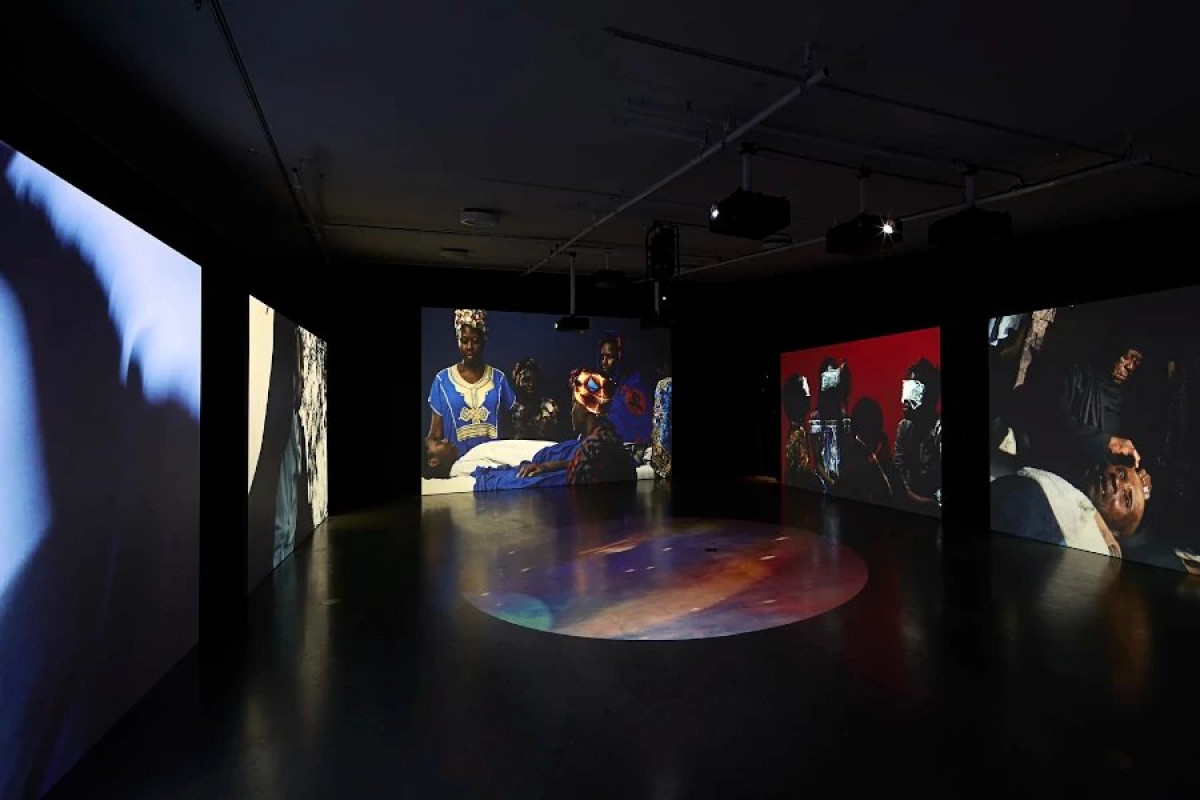 Every day various films, talks & events. The filmmakers — Lucrecia Martel (South America), Leopold Emmen (Europe), Lemohang Jeremiah Mosese (Africa), Carlos Reygadas (North America) and Jia Zhang-ke (Asia) — were each invited to make a work for the exhibition that exploits the three-dimensional gallery space rather than the two-dimensional cinema screen. For some of them, it was the first time they had created a cinematographic installation that explores the boundaries of their work and of the art of film in general. To mark the 75th anniversary of the Filmmuseum and the 50th International Film Festival Rotterdam (IFFR), Eye and the IFFR have selected five film directors from five continents as a way of celebrating the unlimited power and diversity of world cinema, which is so vital for the programming. Jia Zhang-ke (Fenyang, China, 1970). Nanouk Leopold & Daan Emmen (both born in Rotterdam in 1968). Lucrecia Martel (born in Salta, Argentina, 1966)/ Carlos Reygadas (born in Mexico City in 1971). Lemohang Jeremiah Mosese (born in Hlotse, Lesotho, in 1980) who rose to prominence as a filmmaker with her debut film The Swamp (2001), and more recently with the hallucinating Zama (2017). Time and space in her work are elastic and infinite, and the sound design often determines the final form of the film. In The Passage, her new installation at Eye, she works with heat images and voices from northern Argentina (qom, quechua, aymara, wichi and guarani), yet another attempt in unmasking the artificiality of race.